Webhosting has the two ways to get yourself a hosting, Linux and Windows Web Hosting. Linux has the benefit of being free in support a huge community of experts are behind it to give you support to troubleshoot troubles. Free Linux Support as well Linux OS is also free so the cost of operations of Linux Server is cheaper. Plus if you are using Content Management System like WordPress, Joomla and Drupal based on php it is recommended that you use Linux Hosting. Whereas although if you are building a website based on ASP.NET you should go with the Windows Hosting it is recommended so because latest version of ASP.NET is not supported in linux. If you are looking for new webhosting you should go with Dreamhost or Hostgator. Dreamhost has a really awesome customer service and Hostgator has Linux and Windows Hosting. You can go with any of them but dreamhost along with nice customer service has awesome discount coupons as well. They are both reliable and is recommended by many prominent bloggers.

Though Windows server do also supports PHP based sites, but you many a times you fall into trouble if you are running them on windows. Because most of the PHP based content management systems(aka CMS) are designed to act primarily under Linux platform, and the differences in how linux and windows php sites react to these php base content is the cause of trouble. So if you are trying to run PHP based website under windows hosting, you can expect troubles ahead.

As most of the linux based Operating Systems are free or almost free to hosting companies, they hunt a cheap linux hosting plans. Whereas Windows Hosting becomes costly in this aspect as the Operating System and support is not free (Rather it is premium price) which means a big dig in the pockets of hosting companies which passes to the consumer on Windows hosting.

When you are running WordPress similar website in both Linux and Windows, you will see the page load speed which holds a god amount of weightage in SEO is much faster in linux hosting. Aside to SEO Page Load time has quiet big to do with User experience, thus Page Load time is definitely worth considering.

When I moved my hosting from Windows to Linux hosting same website need more memory on Linux as it used to on windows. Virtual private server (VPS plans) price is based on your memory need , thus by this you end up saving money on your web hosting Bill.

Hence to conclude that you should opt for Linux hosting over windows hosting. With so many offerings on display Linux is the best option to go for as it is cheaper, Uncomplicated, Faster and requires fewer resources. So what is your opinion in hosting platforms Linux or Windows. Many a hosting providers are now coming up with cheap hosting plans but cheap should not be a criteria your main concern should be server is clutter free. And second the website is fast and third is your server downtime is lesser.

One comment on “Web Hosting: Linux Vs Windows Hosting” 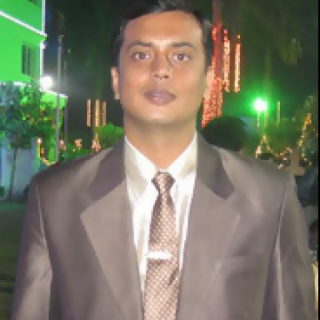